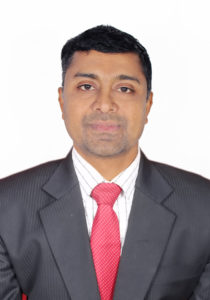 Critical Discourse Analysis (CDA) is a theory that explores the connection between the use of language and socio-political context in which it occurs. It explores issues like gender, ethnicity, cultural identity and power relations, and how these are constructed and reflected in texts. In this paper, I introduce the terms discourse, critical discourse analysis, and its major areas. Finally, I conclude the paper with the concept that CDA raises social issues and helps bring the voices of voiceless into action for their rights in society.

Discourse or text, while is larger than a sentence, is a mode of organizing knowledge, ideas or experience that is rooted in language and its concrete contexts. Gee, Hull & Lankshear (1996) define discourse as a way of talking, listening, reading, writing, acting, interacting, believing, valuing, and using tools and objects, in particular settings and at specific times, to display and recognize a particular social identity. Thus, discourse is associated with people’s social practices and their identity which takes in a social structure or a context as a form of written or spoken communication. In this regard, it is the language in social use.

Critical Discourse Analysis (CDA) is an approach explores how conversations and language affect social and political inequalities through different strategies and structures. Critical Discourse Analysis (CDA) is a discourse analytical research that primarily studies the way social-power abuse and inequality are enacted, reproduced, legitimated, and resisted by text and talk in the social and political context (van Dijk, 2015). It aims to explore ideology and power in discourse by understanding the relationship between textual features and larger social practices. Similarly, CDA investigates the connection between the use of language and social and political context in which it is used. Here, language plays a key role in the creation, maintenance and legitimatizing inequality, injustice, and marginalization in society. Thus, I argue that language is one of the most powerful means through which the powerful groups control the ideas and emotions of the powerless ones influencing the social construction, and it is CDA that analyzes this social inequality.

CDA is the study of grammatical and other relationships between sentences; broader functional uses of language in social contexts; the whole systems of communication (Scollon & Scollon (2001). The broadest concept of CDA tries to explore the communication between language teachers, students, lawyers, healthcare workers, or business managers. IT explores how powerful groups control the text and context of public discourse, how such powerful discourse controls the minds and actions of less powerful groups, and how these discourses of the powerful groups, institutions and organizations form power abuse and create social inequality (van Dijk, 2015).

Critical discourse analyses various areas, and the major ones include the conversations that reflect gender inequality, racism, politics, mass media, and inter alia including the study of computers, aircraft, and pharmaceuticals. Lin (2014) states the major areas of CDA that consist of analyzing public and media discourses. Specifically, these discourses come from press, politics, educational policies, classroom interactions, textbooks and curriculums, interviews, narratives, and creative writings. Lin further includes the areas of CDA as discourses that take between and among students, teachers, school administrators, parents and caretakers, psychologists, education policymakers, teacher-educators, community leaders, and new immigrants.

Language plays the most important role in creating, maintaining and legitimatizing inequality in the society. Critical Discourse Analysis is a branch of discourse analysis that analyzes social inequality, power and control as manifested in language. It helps the voiceless people raise their voices against the dominance and discrimination prevalent in society. Similarly, it helps human beings to make sense of their experience of what goes on around and inside them.